Canon Pat was a native of Tubber, Co. Clare and was a priest of the Diocese of Killaloe for 64 years.  He was a past pupil of St Flannan’s College, Ennis. He studied for the priesthood at St Patrick’s College, Maynooth where he was ordained on June 17th 1956

His first appointment was on temporary Mission to the Diocese of St Augustine, Florida and on his return in 1961 he was appointed curate in Doonbeg, Co. Clare.  He moved to Ennis, Co. Clare as Curate in December 1973. He took a one year course in the Liturgy Centre, Portarlington in 1975-76 and then returned to Ennis as Curate. He was appointed Adminstrator in the Cathedral Parish in July 1988. In October 1990 he was appointed Parish Priest of Corofin, Kilnaboy and Rath Parish and was made a Canon of the Cathedral Chapter in 1992. He retired as P.P. in June 2003 and returned to Ennis as A.P where he ministered until last year. 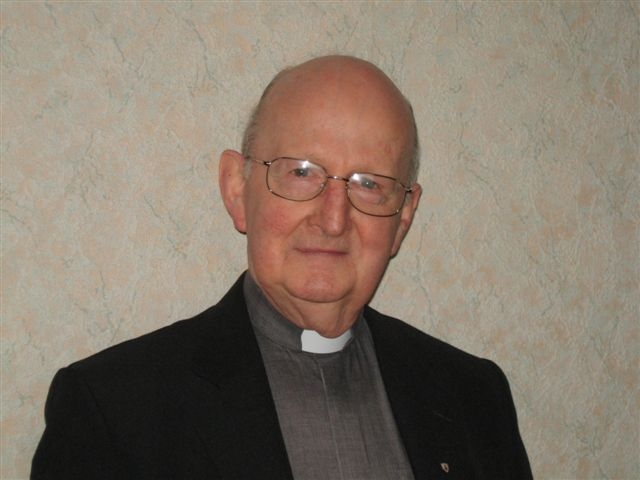 Reposing in the Cathedral of St Peter and Paul, Ennis on Monday evening, March 2nd2020  from 5.00 to 8.00 pm with prayers at 8.00 pm. Funeral Mass in the Cathedral on Tuesday, March 3rd at 2.30 pm followed by burial in Tubber Church grounds