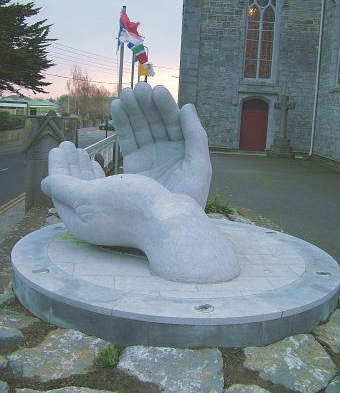 The Diocese of Killaloe was established in the 7th Century and comprises parts of the counties of Clare, Tipperary, Offaly, Limerick and Laois. It is part of the ecclesiastical province of Cashel.

In geographical terms it is one of the larger dioceses in Ireland taking in approximately 4,500 Km2 stretching from the Atlantic seaboard in West Clare to the foothills of the Slieve Bloom Mountains in Co. Laois. The Catholic population of the Diocese is estimated at about 120,000 persons.

Tradition has it that the Diocese was established originally in 639 by Pope John IV who consecrated St. Flannan as the successor of St. Lua or Molua as Bishop. Flannan is reputed to have been the son of Theodoric who was King of Thomond. The Synod of Ráth Breasail in the year 1111 marked the transition of the Irish Church from a monastic to a diocese/parish based structure.

The Diocese today comprises of 58 parishes with about 100 priests working and ministering to the people and communities of the region. The Cathedral Church and seat of the Bishop is located in Ennis, Co. Clare. 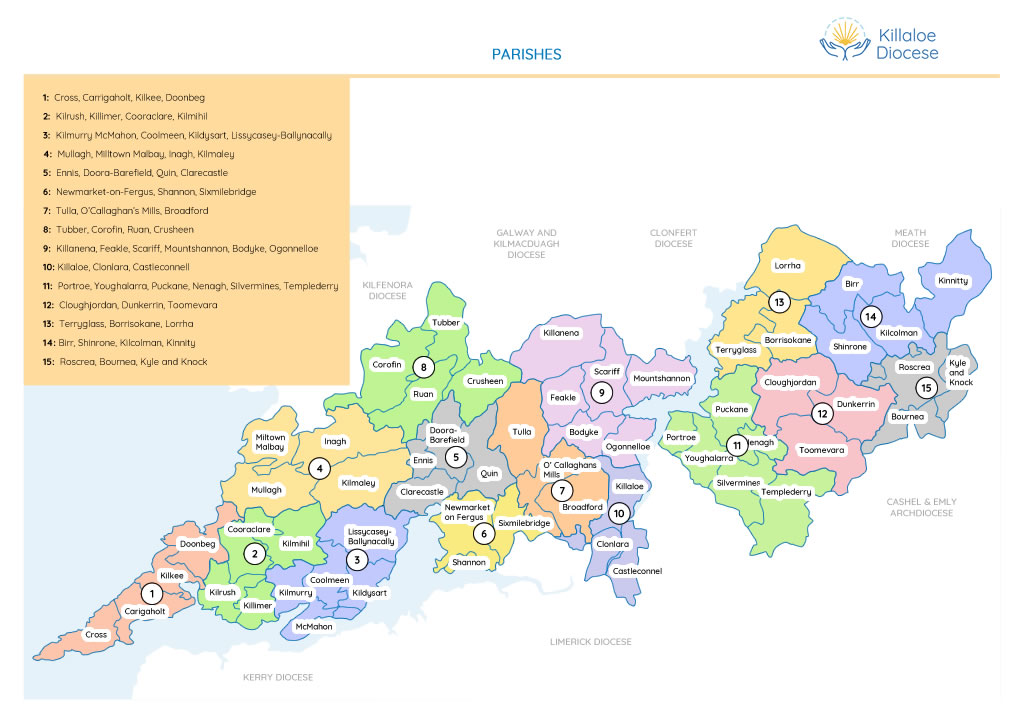 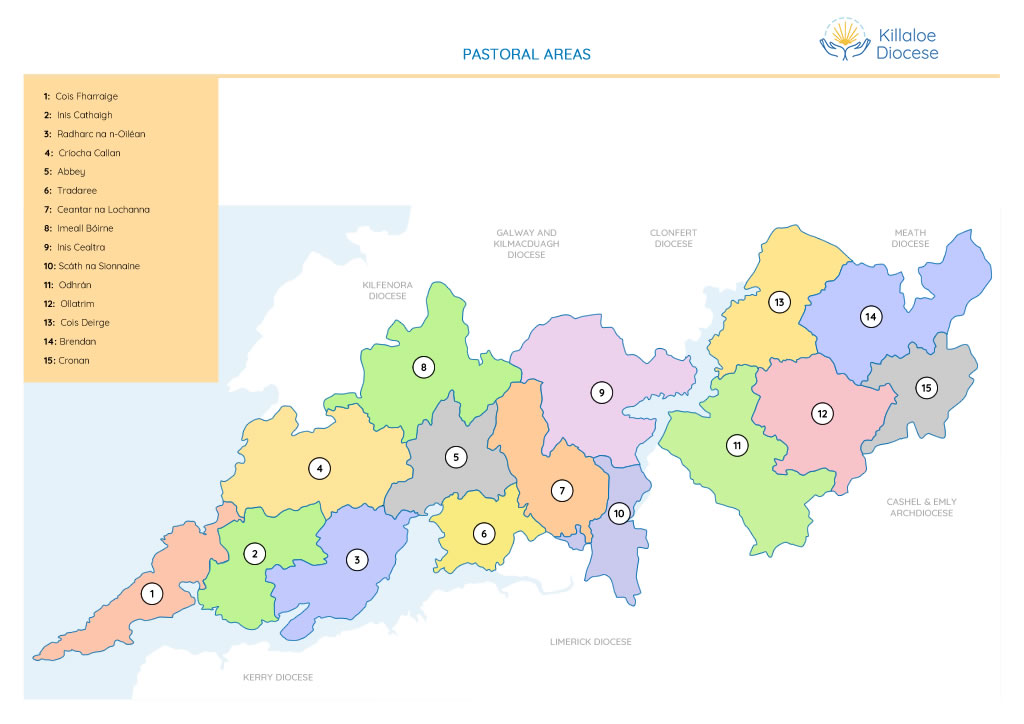 Patron of the Diocese – St. Flannan 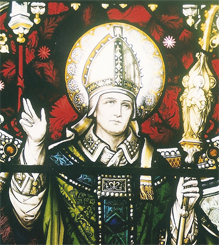 St. Flannan was the son of Theodoric the seventh century king of Thomond. Historians of the time describe him as a truly Christian king, as an apostle and preacher rather than a ruler of a kingdom, openly professing and living his faith. In his youth St. Flannan was an exemplary student of the faith and scripture under the guidance of St. Blathmet and later under St. Molua. He succeeded St. Molua as abbot and because of his sanctity and miracles he was persuaded by the bishops, clergy and all the people of the kingdom of Thomond to accept the position of bishop and seek papal confirmation.

In spite of the many dangers he could encounter on the journey he set out for Rome and was ordained Bishop of Killaloe by Pope John IV (640-642). On his return from Rome he was joyously and enthusiastically welcomed home by this people. Following his journeys in Europe he was able to inform his people of the preaching and practice of the faith on the continent and we are told that he treated his hearers to accounts of the latest ceremonies affecting the Mass and the administration of the Sacraments in Rome at the time. St. Flannan was said to be a most persuasive preacher and the 12th century “Life of St. Flannan” informs us that he spent his life “like a skilful and careful gardener sowing the seeds of every virtue in the hearts of the faithful”. His feast is celebrated on December 18th every year.