Dr. Sue O’Brien is the Ecumenism Officer for the Diocese of Killaloe. She has taken over the role from Rev. Prof Thomas Corbett who recently retired from the role. Every good wish and blessing to Sue and a warm welcome to Ennis to herself, her family and her husband, Rev. Kevin O’Brien the new Church of Ireland Rector at St. Columba’s, Binden St., Ennis. 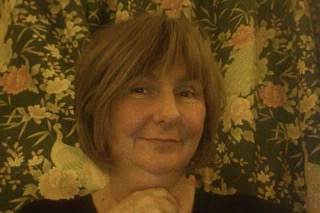 Sue moved to Ireland from the UK in September, 2019 with her husband Kevin, who is the new Rector of St. Columba’s Church of Ireland church in Ennis.  The family have been coming to County Clare for their holidays over the past eighteen years and are very excited that they can now call Clare their permanent home.

Sue’s professional background includes working in advertising and then the City of London but since the mid-1990s she has worked in Higher Education as a senior lecturer apart from seven years from 2008 when she worked for the Catholic Diocese of Arundel & Brighton as part of the Diocesan Pastoral Team.

During her time at Arundel & Brighton she worked initially as Social Action Adviser, where she became very involved with the homelessness initiatives in Sussex, took an active role in encouraging parishes to support asylum seekers and refugees and encouraged awareness through large diocesan events of Mental Health and Dementia.  She then became the Dialogue & Unity Adviser, advising the diocese on ecumenism and interfaith dialogue.  During this period she organised and was part of several quiet days reflecting on Catholic/Anglican dialogue, Catholic/Methodist dialogue and Catholic/Moslem dialogue.  She also instituted a doctors’ group where Christian doctors could meet monthly to discuss their experiences, both good and bad, and issues relating to their shared Christian faith and their profession.  She was also very involved in the preparations for the Diocesan Jubilee – a huge event where she was delighted to have been able to invite Archbishop Rowan Williams to preach.

Sue has a doctorate in history, and gave up working at Arundel & Brighton only so that she could complete the thesis.  Most recently she has been working at the University of Chichester lecturing undergraduates in Bioethics, Applied Ethics and teaching on the Holocaust.  She is a Fellow of the Higher Education Academy.

Whilst in England Sue spent ten years as a Trustee of the Anglican theological college and PPH of the University of Oxford, St. Stephen’s House, and was also a Trustee of St. Luke’s Healthcare for the Clergy.

Kevin and Sue have two grown up sons – one at University in Trinity, Dublin and one a student luthier at the Limerick School of Music – and two less grown up dogs.