Are we now in Ireland a Post-Catholic Culture? 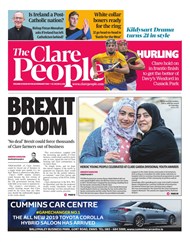 Ireland was once regarded as The Island of Saints and Scholars. Irish influence in terms of sharing and celebrating faith, education and culture was immense in its outreach across Europe and further afield.  This continued from the golden era of Celtic Christianityright through the Middle Ages and endureddespite the challenges of Viking, Norman, and later Penal times.

In many peoples’ view the system of Catholicism peaked in the middle of the 20th century with vast numbers of vocations to the priesthood and religious life. A retired missionary now ministering in West Clare told me that when he departed as a young priest in the 1950s for foreign lands the whole plane on that day was full of missionaries alone! Obviously a very Christian and Catholic culture was behind that in producing such vast numbers of vocations.

Much has changed in the intervening years. We had the various Church scandals, the Celtic Tigerbringing with it a wave of prosperity and materialism came and went.  Secularization has continued to grow at a rate of knots. Mass attendance has gone from a very high practice rate to about one third in rural areas of county Clare and less in urban.

The major moral issues such as divorce, contraception, abortion, same sex marriage have crept in almost without the blink of eye and the campaign to reduce or eliminate the Church’s role in health and education gains ground each passing year.  Last Summer social commentators pointed out the dramatic difference between the Papal visits of 1979 & 2018!

Yes all of this … and yet … Churches around the county were full to capacity at Christmas.  Most still want their children to be baptized, go to schools with a Catholic ethos, receive First Holy Communion & freely engage with the various sacred rituals of rites of passage.  Is this just nostalgia for the past or a new form of Cultural Catholicismthat has taken root?

As I see it – people still search, frequently in the direction of the Church for meaning, hunger for faith & many find a spiritual home there that nourishes their being.  We see it very much at a time of crises, tragedy or sudden illness.

Some would claim that the Church should not waste time facilitating this new ‘a là carteCatholicism’ and should merely concentrate on the dedicated ones. In an ideal world…

Pope Francis when addressing this issue is anxious to encourage engagement to reach out towards the “possibility of faith”, to nurture that in a creative and encouraging way in the hope that it will lead to more serious engagement. He often uses the image of the Church being a “field hospital” rather than a perfect society for the perfect and élite.

Pope Emeritus Benedict a number of decades ago had predicted this cultural and religious shift in Europe and it was perhaps inevitable that Ireland would follow suit.  He foresaw a core element of the Church as being a “creative minority” in society, working hard to hold on to core Christian values and live them in an authentic way.  His name-sake St. Benedict many generations before, with his influential monastic rule – encouraged those who were so called to withdraw from society and live Christianity in a very undiluted way in perpetual prayer and good works in the monasteries of the time.  However, only a chosen few are called to such commitment and the ordinary woman and man in the street continues to engage with their faith through their work, family life, regular prayer and worship along with routine recreation.

So are we now in the Post-Catholic era in Ireland?  In the conventional, old fashioned sense this may be true, but in so many ways there is a lot to be said for letting new shoots sprout that will allow the eternal Christian message to speak anew and afresh to an evolving and ever changing culture!  After all, Christ is the same yesterday, today and will be when tomorrow comes – a beacon of hope and faith for all who come to Him to hear the message of eternal life, the good news of the Gospel!