“I love Clare.  It was where I was born and reared and for years it seemed that it was here I would spend my whole life.  But sometimes the tide turns and the wind blows from the North and after ordination I found myself as curate in Miami, Florida.”

The opening words of a reflection that is in the archives in Westbourne.  It was penned some years ago by Fr. Brendan, a few pages of thoughts or reflections on some aspects of his life and times.

The life and times of a man who lived a long, eventful and fruitful life.  From O’Brien’s Bridge where he was born, to a number of parishes in the American dioceses of St. Augustine and St. Petersburg in US, where he ministered as a priest, teacher, pastor, subsequently as a counsellor.  The life and times also of a loving husband to his wife Paula Jean and then after her passing – priestly ministry again in the US and finally 22 years of priestly service back in his native Clare, here in Tulla.

Prayers of consolation and sympathy

We gather in sadness at his passing, pray for the happy repose of Fr. Brendan’s soul and consolation for his family and many friends who are bereft and bereaved at his death.  We pray especially for his sister Breda, based in Mayo and his brother Seán, living in Cork both here today, along with all the immediate family and the parishioners of Tulla.

The Gospel reading today is so apt in celebrating the life of one who brought the good news of the Gospel to so many and the consolation of Jesus Christ, “Come to me all you who labour and are burdened and I will give rest for your souls…”

Fr Brendan had such a remarkable breadth of pastoral experience, as a result of his priestly and married life.  Being dispensed from his priestly vows in his mid 40’s he embraced the vows of married life with the same dedication and love that he brought to all aspects of his life.   His talent, interest and skill in listening intently to people in the human situations people found themselves in was truly remarkable.   In this he brought the consolation and presence of God to so many searching for meaning and an experience of the Divine when needed.

Very similar to the great Anglican writer, poet and apologist C.S. Lewis he brought a wealth of life experience to his vocation through falling in love and the grief and sadness of losing his wife unexpectedly at such a young age.

In his brief memories I mentioned at the start Brendan spoke so poignantly about this and in one sentence which summed up so much when speaking about coping with the diagnosis of motor-neuron disease when he says “the very best thing I ever did or could do in my life was to take care of Paula Jean during her final four years.”  To do this he had gave up his job, lived on a shoe-string budget, relying much on the charity and kindness of those he knew.

When I heard the sad news of the passing of Fr. Brendan during the week, I was wondering if he had left instructions that I should be barred from the funeral.  He regarded me with the height of suspicion! He always felt I was trying to do something unspeakable to curb his freedom!  Thinks like taking away the keys of his car, discouraging him from climbing the steps here in the Church, enquiring about home help or God forbid Nursing Home care!

I remember visiting him a few years ago during a brief stint in the nursing home in Ballindereen in south Galway.  He had his bags packed and was coming home to Tulla because the place was full of old people and he felt out of place!  He announced that we could stay, but he was going home.  He had a never-die, indomitable spirit and this was peppered with great humour, impish boyishness, but also a roguish defiance that ensured he always won the day.

The last few years were not easy for Brendan, with declining health and mobility and he struggled valiantly to keep a brave face on things, but that he certainly did.  St. Paul in today’s reading talks about fighting the good fight, keeping on going with perseverance to the end and Fr. Brendan certainly did that.  May he reap his just reward at the banquet table of the Lord mentioned by Isaiah in today’s reading,  for his diligence, persistence, faithfulness and devotion.

In the aforementioned reflections, on his retirement from his diocese of origin and returning to minister in Killaloe Fr. Brendan recalls that when Bishop Willie here asked him where he wanted to go his response was “anywhere in Clare except Tulla”.  I’m not sure what subsequently happened in the negotiations, but whatever transpired the good news was that a most fruitful synergy was formed.   Here we had a retired pastor, with so much to offer and what a receptive flock he encountered in the people of Tulla.  As you know so well he really put down roots here and was so deeply loved and respected and vice versa.

I’m sure his great ally and friend of many years here, Sr. Bosco Griffin is delighting in his company and catching up on all the Tulla news.  Happy rejoicing in heaven these days no doubt!

What a formidable duo they were together.  God alone knows the amount of good work they both did with the youth of the parish here in Tulla and in their pastoral and prayerful outreach.  On many occasions I had the experience of coming as a guest to the annual Matt Talbot novena during Lent.   On those occasions it didn’t matter who the pastor was, Martin O’Brien or Brendan Quinlivan, it was quite clear who was in charge – Sr. Bosco and Fr. Brendan senior!  St. Peter can’t say he hasn’t been warned!

The final lines of Fr. Brendan’s reflection that I quoted at the outset runs as follows: “So after forty five eventful years in the United States the tide changed, the wind blew from the South and I found myself at home in my final resting place.  I feel very contented to have reached the distinction of being a CC in the Diocese of Killaloe, in the county I love so well.

The light of heaven to the gentle soul of Fr. Brendan Lawlor as he is finally laid to rest in his adopted home of the wind-swept hill of Tulla!  Ar dheis Dé go raibh a anam uasal, dílis, naofa!

Michael Patrick Brendan Lawlor was born in O’Briens Bridge Co. Clare on the 4th of March 1930. He began studies for the priesthood in St. Patricks College, Maynooth in 1948. He was ordained to the priesthood on the 19th June 1955 for the diocese of St. Augustine Florida. His first appointment was to St. Rose of Lima Parish in Miami Shores in 1955. From 1955 to 1959 he served in St. Paul parish in St. Petersburg. In 1960 he was appointed to Bishop Barry High School, where he served as Vice-President and later as President of the school. In 1964 he was appointed to Corpus Christi Parish in Temple Terrace, Florida. In 1966 he was appointed to Holy Family Parish in St. Petersburg. In 1970 he went to St. Josephs parish in Zephyrhills Florida. From 1971 to 1973 he worked in St. Josephs Parish in Bradenton Hills, Florida. After this appointment his was dispensed from his clerical vows and subsequently married Paula Jean Anthony on November 1st 1975. After her death in 1986, he returned to priestly ministry in 1988 serving in St. Paul Parish, Tampa, Florida. In 1992 he moved to Most Holy Name of Jesus Parish in Gulfport. In 1996 he returned to Corpus Christi Parish in Temple Terrace, Florida. Upon his retirement from the diocese of St. Petersburg in the year 2000, he returned home to Ireland and served in the parish of Tulla, Co. Clare until his death on June 7th 2022.

May he rest in peace.

With great sorrow and a profound sense of loss, we regret to announce the death of Fr. Brendan Lawlor who went home to the Father’s house on Monday afternoon. We extend our deepest sympathy to his sister Breeda, (Mayo), and brother Seán, (Cork), and all his loving and devoted family. Our deepest prayer is that he is reunited in eternity with his beloved wife, Paula Jean and with all those whom he loved who have gone before him. Ar dheis Dé go raibh a anam dílis.
Funeral Arrangements
Fr. Brendan will repose in Sts. Peter and Paul’s Church in Tulla on Thursday evening from 6pm with Funeral Prayers at 8pm. Funeral Mass will be celebrated on Friday afternoon at 2pm followed by burial in the Church grounds.
Go lonraí solas na bhFlaitheas ort go deo. 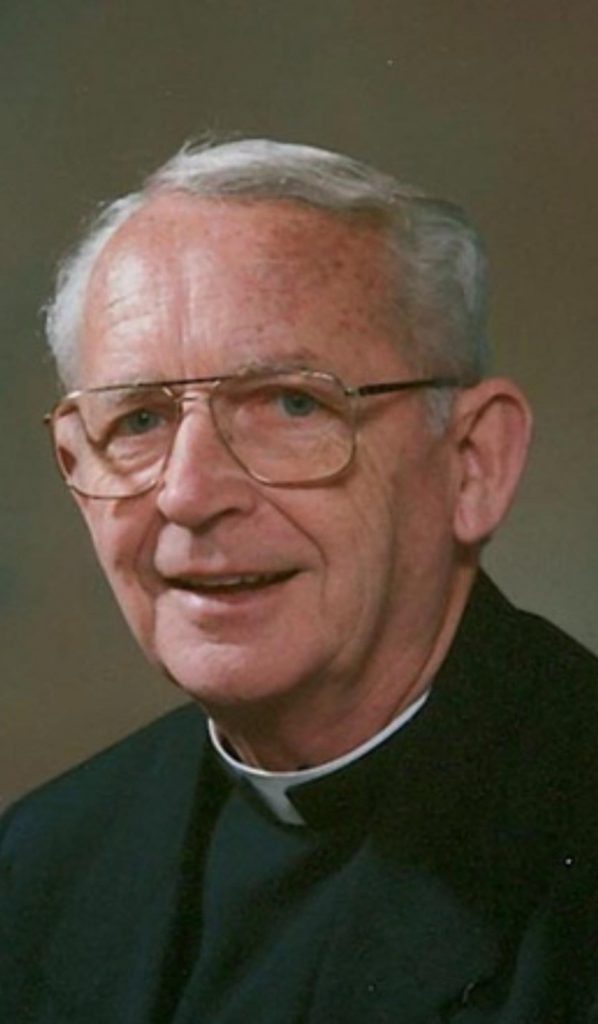