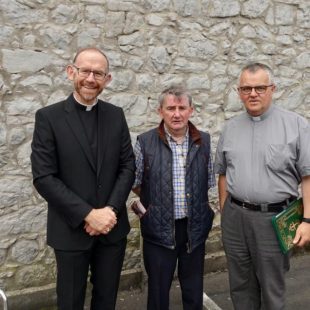 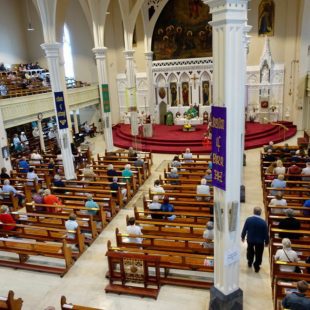 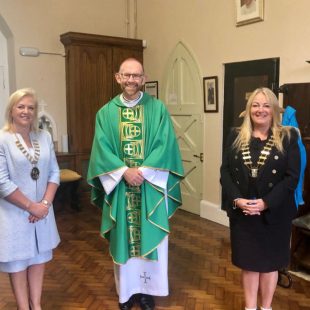 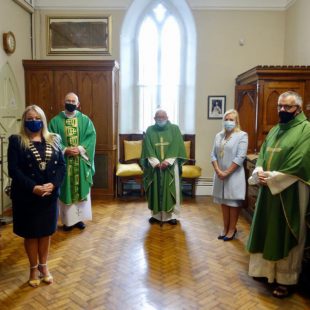 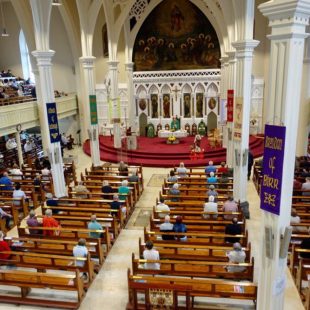 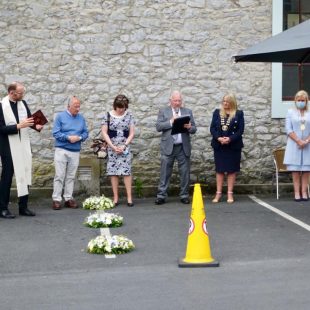 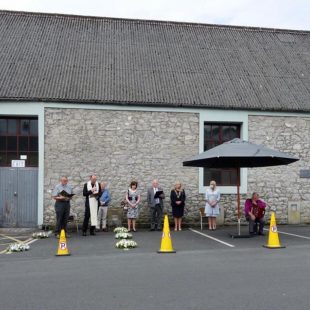 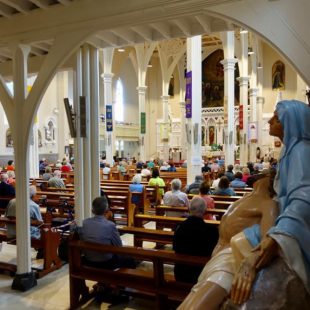 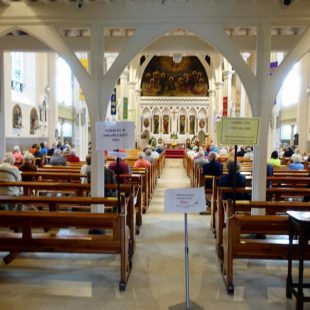 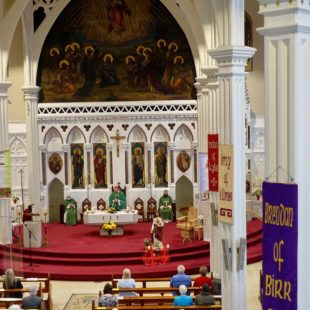 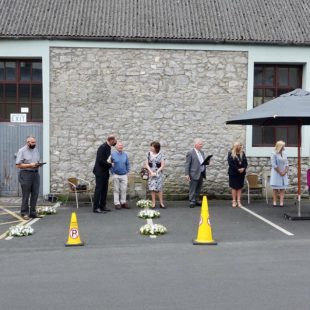 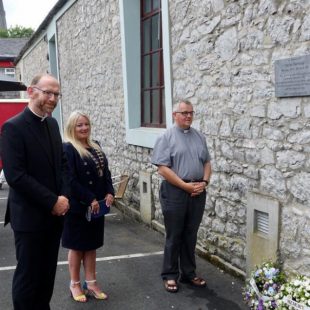 One could say, similar to the scene in the Gospel that one hundred years ago the waves in the boat in both Ennis and around our land were splashing in and causing great turbulence.  “The Troubles” or “Civil War” was raging and there were many skirmishes, ambushes, raids and unexpected killings and follow-on reprisals.

In my current home in Westbourne on Cusack Road, the bishop of the time, Michael Fogarty, a renowned republican was lucky the previous December to be away in Limerick when a raid was made on the house with the intent of killing him.  Five months later an attempt was made to burn him out of the house.

Turbulent times.  The waves were indeed encroaching in on the boat, in a similar manner to the Gospel text just read.  Perhaps representative of our own struggles to stay afloat!?

We recall today, another storm that arose suddenly during the calmness of a June Summer day.   A routine, innocent game of marbles by a young nearly six year old boy was being played in a nearby street here in Ennis.  This led to the tragic death of the same young boy. Young Patrick Morrisey was unfortunately, unexpectedly and sadly caught in crossfire between a random encounter betwen two volunteers and two RIC officers on that fateful day.

Just imagine the consternation, anger, devastation, sadness that event must have caused.  On this Father’s day, one can only imagine the effect all of this must have had on his poor father, John Morrisey and his dear mother Kate Ryan, God increase their glory in heaven.

After Mass we have a centenary commemoration organised by the Clare Roots society and the unveiling of a plaque by the mayor of Clare, Councillor Mary Howard at Lysaght’s Lane.

During this Mass we enter into the spirit of a prayerful and poignant remembrance of that sad occasion and remember the many who were affected at that time.

Overs the past five years, since the centenary of the 1916 rising we have had many commemorations of that troubled time in our history.  Thankfully we live in more peaceful times and things are much calmer in the boat.

The consoling message of our Gospel today, on this mid-Summer, solstice eve is that no matter what the storms in life, troubles, battles, bereavement, Covid, disappointment, sadness, no matter how turbulent things are – Jesus, our Saviour is at the helm, at the stern to rescue us, to save us and to ultimately calm the storm and restore order.

The Gospel today is also great and timely source of courage and inspiration.  One could say very much needed.  Many in the Church in our country and the world in general, at present could be tempted to be despondent and downhearted.

However, the Gospel speaks deeply to us today to give us a lift.  The disciples were terrified in the middle of a storm.  They felt certain the boat would sink!  Jesus, however questions their trust, their faith, their reliance on the providence of God.  I am reminded of the Bernini monument at the bottom of the Spanish steps, in Rome, the boat, the barque of Peter perpetually sinking, yet still afloat.

Why are you frightened?  How is it you have no faith? Jesus asks the disciples.  Today, we take courage and inspiration from their faith in letting go and relying on Jesus and the effect and result of doing that in their lives.