Lay People to be Commissioned for New Ministries in Killaloe Diocese

The Catholic Diocese of Killaloe will commission 24 lay people for the Ministries of Pastoral Care and Catechetics/Faith Development on this Wednesday evening.  The commissioning will take place in Ennis Cathedral at the annual Mass of the Chrism, Wednesday 13th of April, an occasion which traditionally celebrates the renewal of commitment by the priests of the Diocese. At this year’s Mass of the Chrism, Bishop Fintan Monahan will formally commission 24 new ministers, women and men, who will minister in Parishes and Pastoral Areas right across the Killaloe Diocese.

In 2018, the Diocese launched this initiative and advertised for volunteers for two new ministries of Pastoral Care and Catechetics/Faith Development. There was a very positive response to this initiative. Since then, the 24 people who will be commissioned on Wednesday have undertaken a process of training and formation including a specially developed academic programme of theology and pastoral studies at the Institute of Pastoral Studies in Mary Immaculate College, Limerick.  They have also received training in skills necessary for ministry and have been involved in placements in their respective roles of pastoral care and faith development.

These new ministries are part of a diocesan response to the changing face of the Church in recent times. One obvious change is that there are fewer priests. Whereas once there was at least one priest in every parish, now many parishes have no resident priest and are served by the priests of the local pastoral area.  The Diocese envisages that in the future, parishes will be served by a team of priests and lay ministers working together to meet local needs.   Some roles traditionally undertaken by priests will in future be carried out by the new lay ministers.

In developing the new ministries, the Diocese identified the need for Pastoral Care and for Faith Development as crucial.  It is envisaged that the new Pastoral Care Ministers will take on roles such as visiting sick or elderly people at home, in a nursing home or in hospital setting, having a concern for those who are isolated or on their own in the community, supporting people and families at the time of a funeral and bereavement as well as offering sensitive care at other critical times on life’s journey.

It is envisaged that those commissioned as Catechists will take on roles in faith development, for examples engaging with and accompanying parents whose children are preparing for sacraments, supporting programmes such as ‘Faith Friends’ ‘Do This in Memory’ or ‘You Shall Be My Witnesses,’ and supporting people who wish to explore their own faith of spirituality. 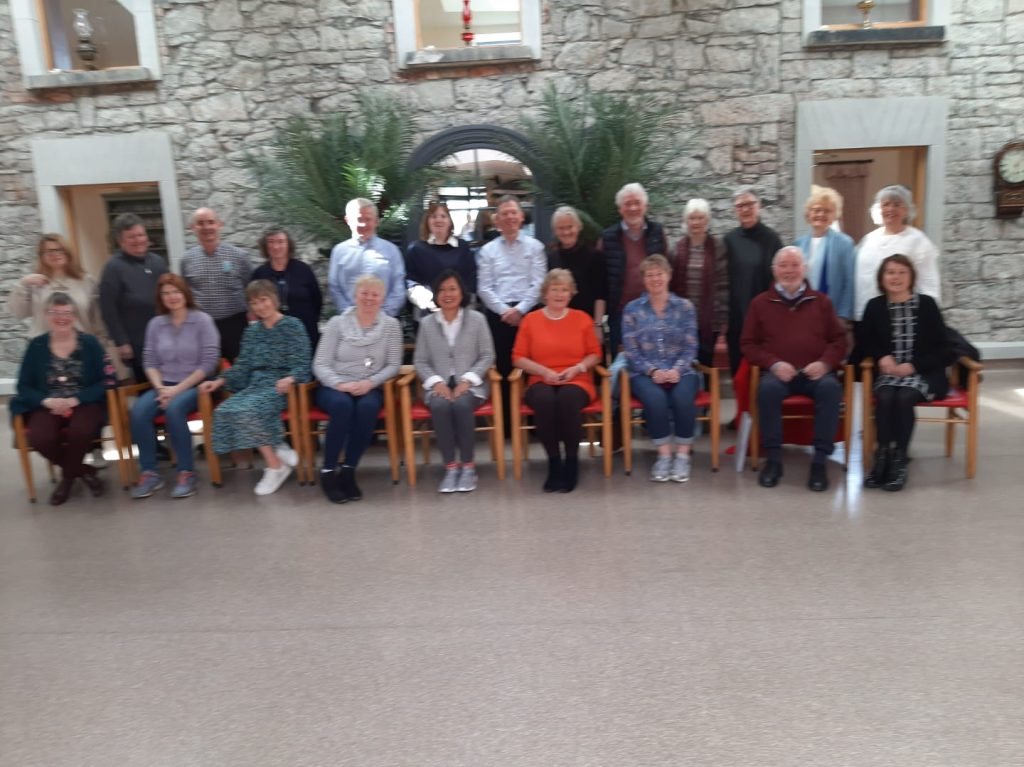