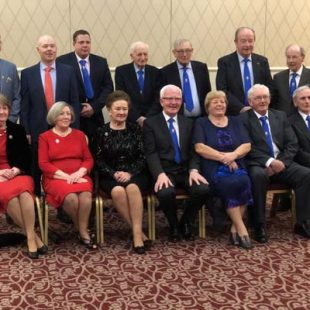 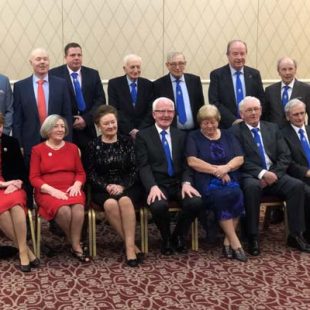 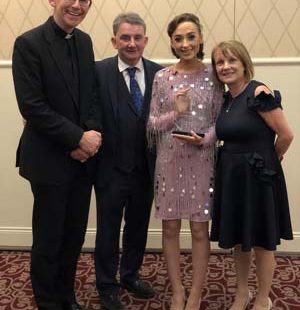 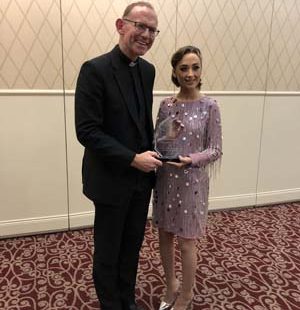 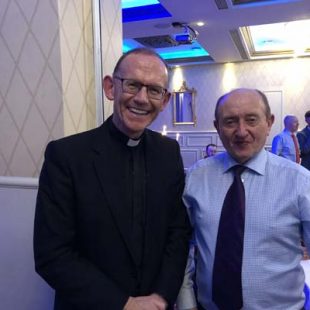 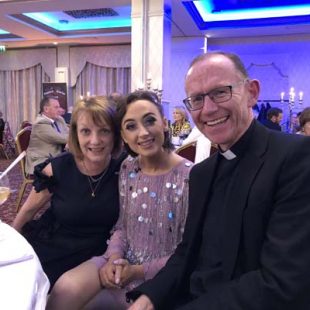 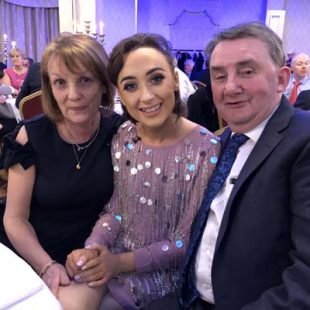 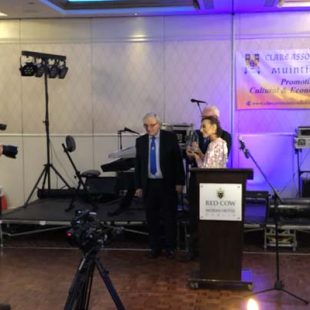 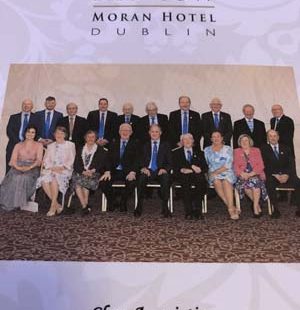 It is a privilege and delight for me to be present tonight at the Muintir an Chláir, Clare Association annual gathering here in Dublin.  Is mór an onóir dom ’bheith ar ais in bhur measc anocht!  This is my third time to have the happy privilege to be with such an illustrious group, two years ago in Ennistymon where Caitríona Lucas was post-humously honoured as Clare Person of the year and last year, here in this very location to honour John Burke who had just climbed Mount Everest.

At this point being almost 3 years resident in Co. Clare – I feel I have a a good grasp on what life and people are like in your native county and I am glad to offer a few brief reflections on some of the items I believe come to the surface or make life interesting to be a resident in the beautiful part of the world that Clare is.  Often it takes someone to come in from the outside to identify and appreciate what is unique or special in an area.

I’ll focus on four themes that I believe may be of interest:

The natural beauty of Co. Clare – Along the Wild Atlantic Way

I spoke at this event last year about the overall natural beauty of of the county, but this year just a word on the coastline or Wild Atlantic Way!

Very few initiatives have succeeded as well in Ireland as the Wild Atlantic Wayroute and because the natural magnetic and stunning beauty of so much of the Clare coast-line it continues to attract many visitors to the banner county and that of course has its knock on positive effects.  The amazing beauty of the Cliffs of Moher, Kilkee, Spanish Point, Loop Head, Lahinch and all along the Clare Coast allure, attract and edify countless visitors each year.  Only this week the beach at Lahinch was named in the top 10 beaches of the country by Tripadvisor.  Last Summer with the fantastic weather there was a great buzz to West Clare and it brought back much of the energy and vibrancy to the place that existed prior to the Celtic Tiger.  One would hope that that would continue, especially in the face of the on-going concerns of the drain of rural Clare and Fr. Harry Bohan has elaborated on this in great detail in the current annual year book of Muintir an Chláir.

The indomitable sporting interest of the Clare people

One of the things I love as a resident of Clare is the wonderful interest in music, drama and sport and the passion so many banner folk have in so many of these areas.  There is great anticipation in relation to the Golf Irish Openin Lahinch that is due to take place around the same time as the Willie Clancy Summer School!  The Clare hurlers have won back the interest of the public after a great season last year, the footballers seem to be holding their own in division 2 of the football league, there is a great sense of ownership of the exploits of the Munster rugby team.  Drama and musical groups and traditional music groups continue to thrive in places like Doonbeg, Corofin, Ennis, Scarriff and many other places.  Just this week Mullagh and Kildysart have productions on the stage.  All these things reflect the great energy and talent and creativity of many native Clare people in terms of participation and support.

Awarding the Hall of Fame to Cooraclare’s Christy Killeen, a founder member of Friends of Clare GAAand the great work he has done in in relation to  that and other ventures is testament to the huge interest in that.

Last Monday night I was at the launch of the Irish Cancer Societyannual Daffodil Dayfundraising promotion.  This is just one of numerous thriving charity organisations in the county, Sláinte an Chláir, Pink Ribbon Cycle, Darkness into Light, Clare Crusaders, Cuan an Chláir, Clare 250  just to mention a small few.  It was further heartening to see the huge contribution from yourselves reported in the local media this week in aid of the Raheen Community Hosptial Support Group.   None of these selfless charity endeavours would continue to exist without amazing generosity of people willing to give in so many ways of time, expertise, financially and other.

Jubilee celebrations from a Golden Era

A number of interesting golden jubilees have been celebrated in the past year.  Along with a number of celebrations in the Parish of Shannon commemorating 50 years, but also the 50th anniversary of organisations like Clare Careand Clare Youth Services, Rural Housing Organisation, the result of their good work continuing to thrive and be well supported.  What an interesting era it was with the forsight of civic and community minded people 50 years ago to set up such worth-while public supports towards the flourishing of life in Co. Clare.

It is not surprising that the inspiring and outstanding Clare Person of the Year this year, Laura Brennan has emerged from such a milieu.   Laura hails from Ennis in the heart of Clare and her trojan work in relation to cancer prevention, despite her own life limiting cancer diagnosis is inspiring to us all. (She has gone to great lengths to be with us tonight and that is testament to her typical bravery and fortitude.)  We salute her courage and inner strength and the way she has won the hearts and minds of so many to such an important and worthy cause in the battle to fight cancer. We salute her bravery and courage, her self-belief and faith, her dignity, strength and positivity and congratulate her on being such a great ambassador for Clare in her role as Clare Person of the Year, 2019.

My final point is on the relilience of faith in so many, evident to me in Co. Clare!  Despite the decline in overt public practice of the rituals of our faith, (30% regular practice rate according to latest survey) people still have a very deep faith and love for the Christian message. We are making serious efforts to rationalise Church structures due to the decline in clergy numbers, setting up collaborative team ministry with laity and clergy.  Churh is now a very different reality for us all.   Despite this and and perhaps emerging from this many people still display an extraordinary level of faith in the face of so many challenges in life.  I am so heartened and encouraged to see that in my travels to so many pockets of the county and continue to be inspired and learn so much from that in faith terms.  May God continue to bless us and give a sense of His presence to us and give us hope!

Congrats to the Association

I congratulate the Association that is Muintir an Chláir for the good work they do in linking Clare people together, networking, establishing friendships and links, ensuring that Banner folk look out for and look after each other when the need arises. Congrats again on the wonderful year book you bring out annually and all the work that goes into producing such an informative, historical and handsome volume.  It’s always a brilliant read and such a worthwhile document from the historical and archival point of view.

A mhuintir an Chláir – bainigí sult agus taitneamh as an ócáid inniu.

Enjoy the festivities and celebrations of this evening agus go mbeirimid beo an t-am seo arís!