Where I live in Kildysart is separated from Shannon by the estuary. Irish Coast Guard Rescue 115 is based at the airport and frequently flies over my house. Each time that I see or hear the helicopter, I wonder what it’s mission might be. Maybe it is simply a training exercise or perhaps they are responding to an emergency call-out. Sometimes on the news that night, I see a report of a rescue mission carried out by Rescue 115. Perhaps it was bringing a sick crew member on a fishing boat to hospital or saving someone lost at sea. Each of these reports is a reason to be grateful that we have this service available to us and particularly that we have men and women willing to risk their lives so that others might live.

Niamh Fitzpatrick is well known as a psychologist through her radio slots and her work with teams such the 1996 Wexford All-Ireland winning hurlers and the 2017 Mayo football All Ireland finalists. She is perhaps best known as the sister of Dara who lost her life in the Rescue 116 helicopter crash in Blacksod Bay, Co Mayo on 14 March 2017.  Niamh has shared her experience of bereavement in ‘Tell Me the Truth about Loss’ which is fittingly described on the cover as a ‘beautiful book for when life isn’t what you expect it to be’.

Sudden death and bereavement certainly make our lives different to what we expected. Often, there is almost a sense of completion when an elderly person who has enjoyed a long life lived well, dies. The circle of life is completed. We miss them, we weep for them, we pray for them, we would give anything to have them in our lives for a little longer. Yet, we knew that the day when they would leave us would eventually come. The sudden, unexpected death of a young person is even harder to come to terms with. In her book Niamh provides a moving description of going into Dara’s bedroom having just heard that her helicopter had gone down. She tells us that the bed was as Dara had left it when she had received the call-out the night before. The pillow still had the indent of where her head had been as she slept. The book she had been reading was there. A life cut off in mid-stream.

So many people experience that same pain. Parents standing at the grave of their child, a husband or wife mourning the spouse with whom they had hoped to grow old, a sister, a brother, a friend taken without warning. Niamh speaks of bereavement being marked by ‘firsts’ and ‘lasts’. Our minds continually take us back to the last time we were with the person we have lost, the last conversation, telephone call or outing. As the weeks and months go by we experience the ‘firsts’. The first Christmas without our loved one, the first birthday, the first holiday. Our world has shrunk. It is all strange and we want our old life back.

Niamh Fitzpatrick speaks of balancing remembering with living as we navigate grief. Someone once told me that he thought of his deceased loved one first thing when he awoke up each morning. He knew that the day would eventually come when this wouldn’t happen anymore. On one level he looked forward to that day, but he also dreaded it. It would mean that life without his loved one had become normalised. There is truth in that, but maybe it is not the full reality. We never fully get used to the loss. Bereavement changes us. Our world is now different and there is no going back to our old life. In the beginning, we live in the shadow of our loss. The wounds become scars as we gradually move to carrying the loss of the person we have loved while living our new life without him/her.

In the chapel of the Irish Martyrs in the Irish College in Rome there is a beautiful crucifix by the Cork artist Ken Thompson. It is modelled on the Irish penal cross, but the wounds of Christ are not visible. Shortly before he carved the cross Ken and his wife Rachel had lost their little daughter. Ken wanted to represent all human suffering including the invisible pain of bereavement as taken up and made holy in the suffering and victory of Christ. Thompson’s crucifix depicts Christ on the cross as the risen Lord in glory. Our prayer accompanies our beloved dead to where one day we too hope to be. 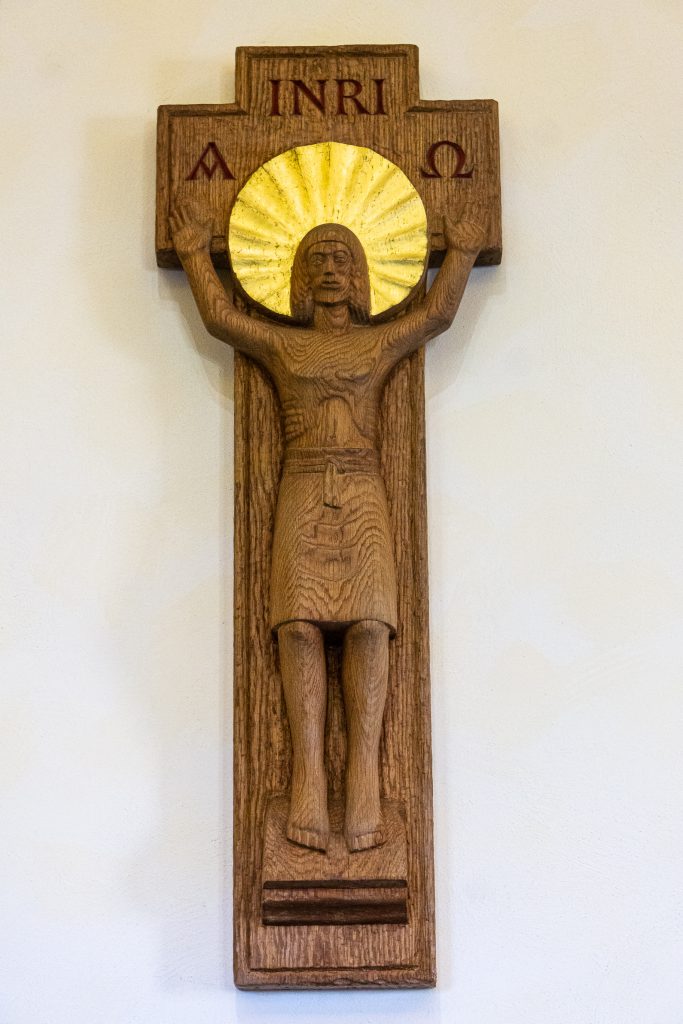 Eternal rest grant unto them, O Lord,
and let Your perpetual light shine upon them.May their souls and the souls of all the faithful departed
rest in peace. Amen.

Fr. Albert McDonnell is based in Kildysert and is Vicar Forane of the Radharc na nOileán Pastoral Area