Launch of Commemorative Booklets in Nenagh 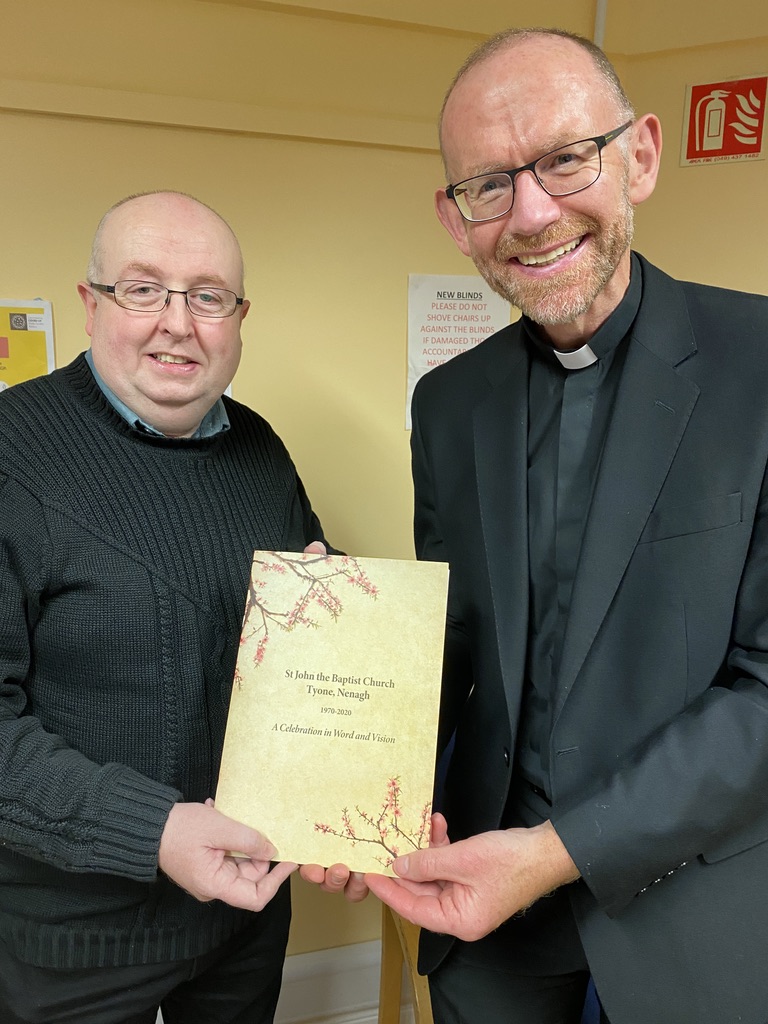 I congratulate, the clergy, pastoral council and Dr. Conor Reidy and collaborators for the great work on this commemorative booklets on St. John the Baptist Church, Tyone, A Celebration in Word and Vision.

It captures in a unique way the history, the spirituality the faith, the vision, the courage, the persistence, the diligence of the clergy and people of Nenagh from early days of Christianity, through the middle ages to the present day.

This work is not just an arid historical document but captures in an attractive, reader friendly way – a feel for the intentions, ambitions and drive of the many people involved.

In the early pages, the work on Tyone Church captures the meaning from scripture and faith of what a Church is meant to be.  It moves on then to trace the pre-history, the background interests of the times and on to details of the various characters involved, architect, builders, clergy, prelates, bishops of the day, opening day, consecration day and various events of interest down the years.

The booklet on Tyone – many may have seen already, in a similar vein explores the meaning of Church from the dedicated pastor of the past ten years, our Vicar General, Fr. Des.  It then in a masterful way from Dr. Conor explains the involvement of the Augustinian Canons regular in setting up a monastery in the middle ages.

In filming an Out and About Series for YouTube and various other media platforms, I have been doing a series on interesting places of religious significance around the diocese and beyond.  The presence of the Augustinian Canons regular keep cropping up again and again for the great evangelising and pastoral work they were engaged in.

Just to name but a few!

They certainly had an important presence and did much to bridge the gap from the monastic Church of the early saints and scholars to the diocesan system that took hold after them and the eventual sacking of the monasteries by Henry the 8th and the post reformation and penal times.

Beyond that in terms of time sequence – The sad times of the famine, the Workhouse, the Hospital, the arrival of the Sisters, the vision for building a new Church in the revered location is covered in such an interesting way and the pictorial record of opening and eventual recent refurbishment is most attractively presented.

Heartiest congrats and thanks to Dr. Conor Reidy who has engaged in what has been for him an obvious labour of love to produce such attractive historical records and authentic faith documents that bear testimony to the devotion and religious nature of the people of Nenagh for many generations.  Thanks to all who assisted Conor in any way.

It is my happy duty to declare this publication launched.  Thank you and well done to all involved.  Go gcúití Dia bhur saothar libh.