St. Peter’s Church is situated on an elevation overlooking the picturesque village of Broadford.  In the years following Catholic Emancipation most of the churches throughout the diocese were erected. Fr. Peter Curtin, P.P. in 1836 replaced the old thatched church building that had served the Catholic community of Broadford with the present St. Peter’s Church. The exterior of this large cruciform building is plain but the door and window mouldings and the false windows on either side of the main entrance are suggestive of a development in ornamentation that was new in church buildings of the time. An eighteen century carving of St. Peter on the church wall near the entrance probably comes from the earlier chapel. St. Peter’s was renovated on a number of occasions, the most recent one was in 1995 involving the installation of a new ceiling and floor, the dry-lining of the interior, a new sanctuary and a day chapel for weekday masses. The old steps and the bell were also restored. Much of the work was done by FAS workers and sub-contractors at the cost of £160,000 by parishioners and a fund-raising effort by Fr. Tom Seymour, P.P. in the USA. 2009 saw further improvements when the entrance road was widened and the cemetery extension was completed.

St. Joseph’s Church is situated on the Broadford to Limerick road in the townland of Kilmore. It was built in 1822 for the sum of £150. It has the distinction of being the smallest church building in the entire diocese of Killaloe. There is a tradition that it was originally a thatched schoolhouse converted for sacred use with the installation of a slated roof, but other evidence suggests that it was always a chapel which was also used as a school. In 1835 it was described as “a chapel of convenience in the mountain”.  The roof of the building was slated in 1850. The most recent renovations were carried out in 1994. For its size and location and for what it evokes of the long history of small rural parishes, Kilmore is surely one of the most moving church buildings of its kind in use anywhere.

St.Mary’s Church is situated adjacent to the village of Kilbane in the Glenomera valley surrounded by the scenic Sliabh Bearnagh mountain range. According to tradition a thatched chapel was built in Kilbane in 1739, but its location is uncertain. In 1815 another church was built there, before being replaced by the present St. Mary’s Church sometime between 1837 and 1841. Mouldings over the main doorway and front window and pinnacles surrounding the front gable show an attention to ornamentation in this large cruciform church similar to that at St. Peter’s. In 1859 and in 1988 the church was refurbished. In 2009 most of the Killaloe slated roof was replaced and a new ceiling was put in place at the cost of €171,000 through the sterling efforts of a parish fundraising group and generous loans from parishioners. An interesting feature noted during the recent renovation was that the arched beams of the roof timbers were built in the shape of a ship turned upside down, the traditional way of placing the roof timbers on such a large structure. Daniel Vaughan, who was  Bishop of Killaloe from 1850 to 1859, was a native of Kilbane. 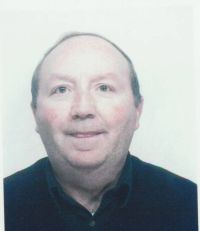 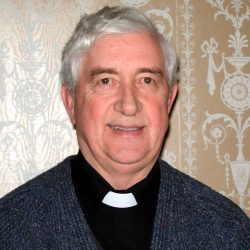 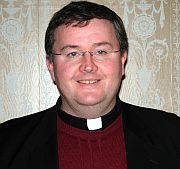 Bernard Gunning , Board of Management Chairperson 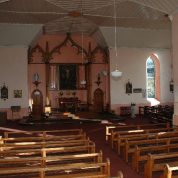 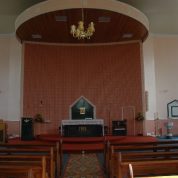 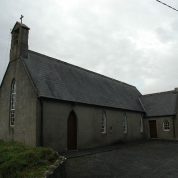 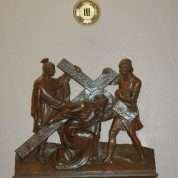 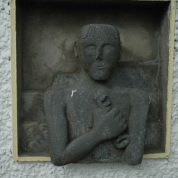 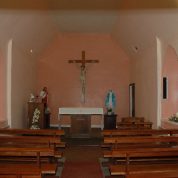 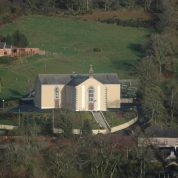 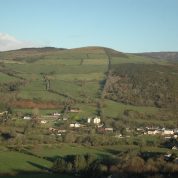 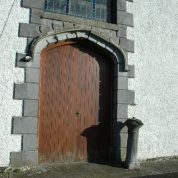 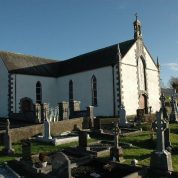 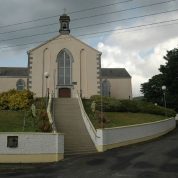 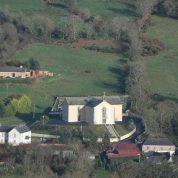 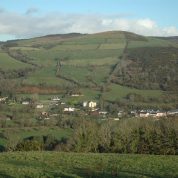 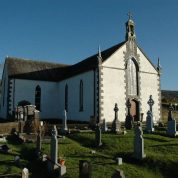 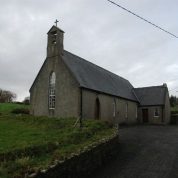 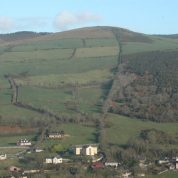