Rearing the Future – A new book by Fr. Harry Bohan 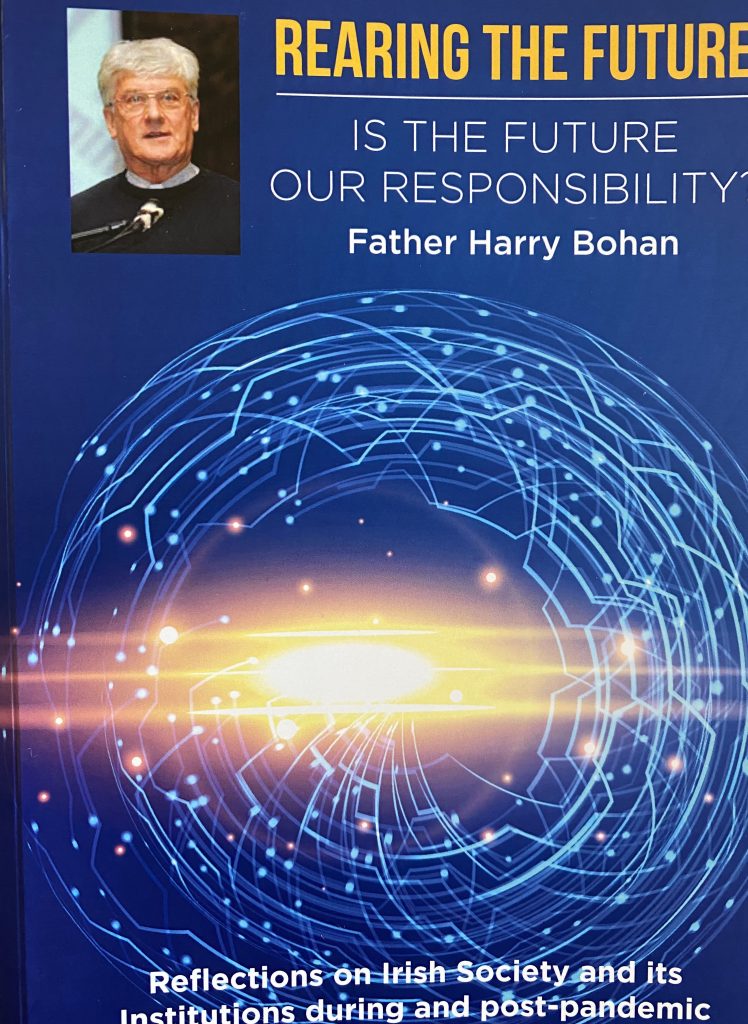 Clare native and a priest for fifty-seven years Harry Bohan has turned his sharp eye and keen mind to assessing the impact of the Covid-19 pandemic on Irish Society. Rearing the Future is the hook on which he hangs his thoughts as he attempts to answer the question that he heard asked as far back as 1998: “Who’s rearing the next generation?”. He feels that it was never adequately answered and at the present time in Ireland it demands an answer more than ever before.
Harry Bohan whose rural housing initiative begun in the 1970’s earned him the epithet of “the priest who built houses” is a builder in more ways than one. He is a priest, sociologist, sportsman and thinker rolled into one and he builds with ideas, dialogue and the art of asking the difficult questions. They often result in difficult answers that have not spared him his share of controversy over the years.
In this booklet (proceeds to go to Cahercalla Hospice) he roams the familiar territory dear to him – the local, the parish, small town and rural hinterlands where he feels true recovery will come from in these difficult times. He is not sparing of the many Irish institutions that he feels have failed people in their rush to embrace the global promises at the expense of the values inherent in the local. Neither is he sparing of the Catholic Church which he feels has failed to change in the past and is now teetering on the cliff edge of wipe-out if it doesn’t radically change. Harry Bohan writes with a passion for life and a desire for Irish Society to take lessons from the honesty and co-operation shown by people in lockdown and turn them into the building blocks of a new future. His at times uber-idealism can be excused on the grounds that this is a wiser and older man in a hurry. We might do well to pick up on the urgency of his message. The man from Clare has a lifetime of experience under his belt and we can learn from him.
Booklet is available in shops and other outlets or office@sixmilebridgeparish.ie